It’s not often that someone on my side of the political fence quotes someone from Thatcher’s side in order to support an argument. But I have to give it to her. Maggie has a point. All too often, in the world of politics, men talk the talk, but it’s women who walk the walk. The same goes for academic politics, in which men still dominate, the majority running roughshod over all except the most bulletproof of women academics. Despite the same degrees from pretty much the same, incestuous collection of universities that grant PhDs in the Humanities, men somehow get taken more seriously. This, despite the fact that they will more likely ruin department profile because of their arrogant posture, despite the fact that they still think with the little head instead of the big one, leading to the romancing of undergrad and grad students and lovely aca-babies, despite the fact that their work and ideas are no better than anything women produce. As a matter of fact, based on 20 years of experience, I know more men academics who have lied, cheated, padded their CVs, double-dipped in publications, claimed a book review in a vanity press a legitimate publication, produced absolutely opaque garbage that ends up in some of the most prestigious peer-reviewed journals in the nation and reigned over their departments like feudal lords. I’m not saying women don’t do these things, but most of the women I know in academia have actually followed the rules, produced good research, chased and slayed the publication dragon, something they couldn’t really achieve without support. Most of us know that support comes either in the form of a partner with an income that can sustain them both (I’ve had that luxury at one point, so I ain’t hatin’.), an often painfully-felt absence of children (had that one, too), or an ability to survive on 3 hours of sleep a night (dodged that bullet). If they do decide to get married, have children, have a life outside their laptops, they often pay the price of “failure.” It’s no different inside the ivory tower than outside it. Or perhaps not as many women cheat and lie their way through their academic careers because not as many ever make it into the hallowed halls, mocked and marginalized instead into a demeaning obscurity. Why don’t we hear their voices, why are they gagged and bound, hostage to the academy? Why don’t we see or hear more often from women who—surprisingly—still actually want to participate in a discourse that matters to them?

Simple. The same male academics who mock and marginalize also drain the last drop of lifeblood from any woman still clinging to her position like a misguided barnacle on the underside of the Titanic. Women rarely get heard because their ideas get co-opted and claimed as some man’s. Nina Negroni attributes it to EMS, Entitled Male Syndrome, that condition in which academic men expect or demand assistance, inspiration and ideas from their female counterparts without crediting them for their work and claiming it as their own. Men who suffer from EMS have a tendency to casually pop into a female colleague’s office and strike up an innocuous conversation, leading slowly into mentioning the real reason they’re suddenly acting as though they give a shit about her: they need help, be it with research, curriculum development or communication. He just got this fellowship for the semester, and he’s going to be teaching an upper-division course on Nietzsche, which he knows nothing about. But instead of saying that, he says that this is the first time he’s taught the class to this student body, and they’re so “different” from the ones he taught at Northwestern/Harvard/Wisconsin/Stanford, wherever. How would she structure a class like that for these students? The female colleague, conditioned by decades of being told that she has little worth outside the scope of a man’s appreciation, that she exists to serve men (behind every great man, there’s a great woman) and being shat upon from a height, often, particularly in her fledgling years, might feel a little challenged at this moment, that she will be deemed unfit forever and a day if she doesn’t have an answer for this question, if she doesn’t have materials she can provide to validate her claim. She may perceive the question as an honest opportunity to collaborate. Either way, she will eagerly offer up a suggestion or gladly answer a question, sometimes even her whole syllabus or painstakingly-created bibliography, in the hopes that the male colleague will, for once, be impressed enough to tell another male colleague that she is good at what she does, that one hand will wash the other at the right time, that the male colleague, when he later receives a compliment on the brilliant idea at a meeting or a conference, will say, “Well, actually, it was Suzy’s idea. She was generous enough to share it with me. Isn’t she great?” In reality, she would be thrilled with just, “It was Suzy’s idea.” Even if the male colleague said it through gritted teeth, threatened her family, and shot her in the kneecaps afterwards. She helps him because she is helpful, or because she hopes and expects that he will help her at some point, a perfectly reasonable idea. After all, it is politics. She has done her part. But the male colleague who suffers from EMS, due to neurons sacrificed in the brain to make room for his freakishly large ego, lacks the ability to see past the bridge of his pampered nose. The parts of the brain governing empathy and conscience have been subsumed by entitlement and laziness. Not only does he expect the female colleague to give him everything she has on Nietzsche, but he also assumes immediate ownership of it all, of every sentence he finds appealing, of every idea that tickles his fancy. He sees it as a gift, one among many, that he has been entitled to his entire life. It would never occur to him to give credit where credit is due, no matter how small. But it’s often not that small. I have experienced this at all levels, from my adviser to professors and lecturers to graduate students. It’s not new to me, getting the email asking about a couple of sentences in someone’s article, or the concept of a particular type of literacy related to foreign-language learning. I have stood at cocktail parties or coffee gathering more than once and been asked why so-and-so never credited me for that research or that project. I have learned to keep quiet, most of the time, except when I just can’t resist. 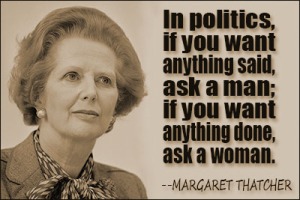 But it happened again just last week in the office I share with other lecturers, usually women. This semester, a male colleague is sharing it with us. He’s just there for the semester, teaching a course on the Frankfurt School. He currently spends his time outside of class working on an article, in the office, when I am supposed to be sitting in it alone, according to the system most lecturer schedules go by. I keep my answers mostly monosyllabic, and he doesn’t seem compelled to fill the silence with conversation, either. But then, last week, he became quite chatty. “Can I ask you a question?” He turned halfway in his chair to see me stuffing salad into my mouth. “I don’t want to disturb you.” Men who suffer from EMS do not realize that they have already disturbed you at this juncture. Instead of first turning and seeing whether I was free, my colleague simply assumed I would suddenly become free for him, paying lip service to the idea that he should be considerate, because he was raised to do so. “What do you need?” I asked once I’d finished my bite. I answered also out of the politeness that I’ve been taught, instead of saying, “Can’t you see that I’m trying to eat my lunch in peace? Piss off.” “I’m working on this sentence, but I don’t know exactly how to write what I want to say.” My monosyllabic responses have never revealed that I work in applied linguistics and composition, that I have taught academic writing since 1997, that I obsess about syntax and word choice. And my desk implies exactly what I want it to: that I’m a simple, good-natured language instructor who has no other interests. But my desire to solve a sentence puzzle outweighed my desire to stay mum. “What’s the sentence?” Once I understood that the sentence a) said nothing and b) did it horribly, I asked him to please explain to me in plain English what he wanted to say. After a much longer than expected tedious process of teasing out his key terms and engaging in reflective listening, I recited the sentence I’d come up with. “Oh my god, that’s perfect!” he said. And when he said that, I realized I’d just written a topic sentence for one of his primary arguments, if not the thesis statement itself. “Wow. Thanks a lot. Let me know if I can ever help you with something.” Dude, you can’t write your way out of a paper bag! How will I need help from you? And help with what? Language instruction, English composition, pop culture or translation courses? I don’t think so. Did he offer to credit me for the help I gave him? Of course not. Will I ask? Of course not. Life is too short, and I should have known better at this point in my career. It just makes me terser than before. As a matter of fact, I eat lunch elsewhere now. Maybe Maggie’s steely determination had nothing to do with her conservative values. Maybe it was just her digging her heels in because she wanted to do instead of be stolen from. Maybe it was her being the first—and still only—Prime Minister of Great Britain. Love her or hate her, Thatcher was pretty bulletproof. Come to think of it, she would have become chair, don’t you think?

Like Loading...
This entry was posted in Academic Culture and tagged ethics, gender, maggie thatcher, research, university, women in academia. Bookmark the permalink.

Just like the horse whisperer - but with more pages

"Let me live, love and say it well in good sentences." - Sylvia Plath

Sell Out Your Soul
A Post-Academic in NYC
Feminist Philosophers

News feminist philosophers can use